A self-driving car being tested in Milton Keynes. Image: Getty.

The world is on the cusp of dramatic changes in the ways people own, operate and power their means of transportation.

Known as the “three revolutions”, a term coined by UC Davis transportation professor Daniel Sperling, the new trends are: electric vehicles, autonomous vehicles and sharing-oriented business models (think Uber and Lyft). Optimistically, these revolutions could make our cities a dreamscape of walkable urbanism that will reduce accidents to near zero and make more space for bikes, trees, pedestrians and small businesses while emitting no carbon emissions.

However, because these new technologies aim to dramatically reduce transportation costs, many people are concerned that more people will use autos to get around, and the future will be filled with worse traffic and congestion. That could mean that consumption of fossil fuels will increase – bad outcomes for society’s sustainability goals.

The key factors affecting carbon emissions from these emerging transportation trends are whether vehicles are electric or use conventional internal combustion engine technology, and how quickly the electric grid can “decarbonise,” or generate power with no net carbon emissions.

Powering autos with the electric grid

Since 2016, transportation has been the single largest source of greenhouse gas emissions in the United States. As our electricity mix becomes less carbon-intensive and transportation demand grows, transportation will make up an increasing proportion of our carbon emissions if the U.S. continues to depend upon a system fueled by internal combustion engines and gasoline.

But how does our country realistically plan for a system that both meets the energy demands of our future transportation system and reduces our carbon emissions?

Our recent paper aimed to answer these questions. Our goal was first to incorporate the big but often overlooked trends in transportation to forecast how much transportation demand will grow. Second, we sought to create reasonable estimates for what is required to enable a clean, renewable and dependable electricity system in the years to come.

These charts show the impact on emissions from a rapid shift to a less-polluting grid (left) or a more gradual transition based on government forecasts. In both cases, the key to lower emissions is whether light duty vehicles shift to electric and how clean the power grid is. Image: author provided.

This research allowed us to build a model that projects the number of electric and autonomous vehicles that could be on U.S. roads in the future and their related energy and emissions.

Our study estimates that by 2050 the net increase in electricity demand from converting the light duty vehicle fleet to electric, autonomous vehicles will be between 13 per cent and 26 per cent more than today’s total electricity demand. In the best case, where 95 per cent of the electric sector decarbonises by that time, this scenario would result in a reduction in greenhouse gas emissions of up to 80 per cent from 2015 light duty vehicle greenhouse gas emissions.

A few interesting implications follow from of our greenhouse gas emission results. The first is that the rise in ride-hailing services and autonomy – assuming it is 100 per cent electric – doesn’t drive significant increases in carbon emissions.

In our “stress case,” we assumed dramatic increases in vehicle miles traveled (VMT) due to autonomous vehicles, slow improvements in vehicle energy efficiency and limited transportation redesign. In this scenario, there was virtually no difference in greenhouse gas emissions compared to other cases with more conscientious policy planning, including VMT taxes, increased public transportation and other measures.

This reflects how much more the shift in electric vehicles affects transportation pollution relative to other major trends in transportation. Even if there are more miles driven from autonomous vehicles, if they are electric and the grid becomes increasingly cleaner, then emissions won’t rise dramatically compared to the country’s current course.

Another takeaway that follows from this result is that society can only achieve dramatic cuts in greenhouse gas emissions by making the electric grid dramatically less polluting.

Our study describes what is possible by 2050, and more or less what we believe we need to do in order to ensure the shift to autonomous vehicles and widespread ride-hailing services doesn’t lead to big spikes in pollution.

Of course, transitioning the grid to 95 per cent to 100 per cent clean energy won’t be easy; currently only 37 per cent is from wind, solar, hydropower and nuclear. Nor will ensuring that almost all of our light duty vehicles are electric. That’s partly because EVs are not yet cost-competitive with internal combustion engine vehicles. Also, there are a number of infrastructure challenges to updating the grid for a major shift to electric transportation. 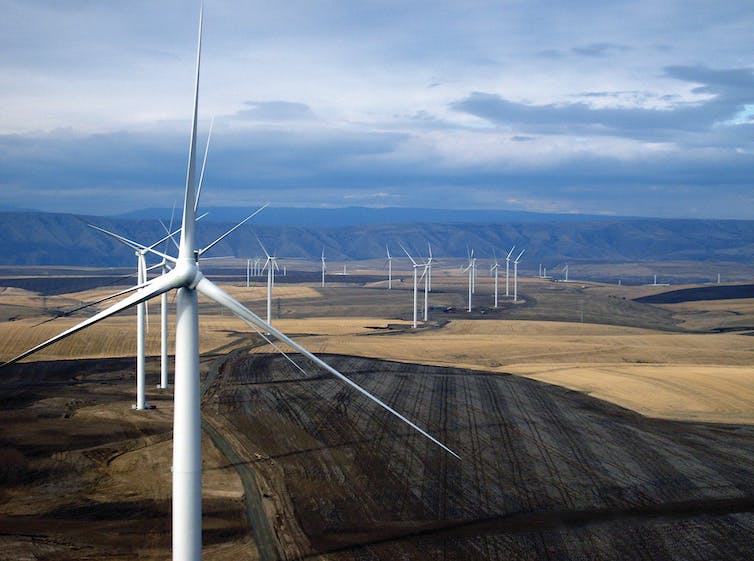 The good news for utilities is that the increase in electricity demand from electric vehicles will provide a positive, but not overwhelming amount of growth for electric utilities – growth that is welcome given the stagnant or declining revenues for electric utilities the last decade. This should come as a welcome opportunity and could create a strong ally as EV ownership grows.

Though our results represent time frames far out into the future, the policies that will lead us there are being written today. Our study suggests that in the near term, rapid and complete transport electrification and a carbon-free grid should remain the cornerstones of transport decarbonisation policy. However, long-term policy should also aim to ensure AVs are electric and mitigate autonomous vehicles’ potential to increase driving mileage, urban and suburban sprawl, and traffic congestion.

And policymakers should not delay. The rise of Uber and Lyft have already dramatically upended business models that have existed for decades, and autonomous vehicle technology, which still has a few years to go before replacing human drivers, is already impacting cities around the country. The question now is whether these trends will reduce or increase our country’s emissions.